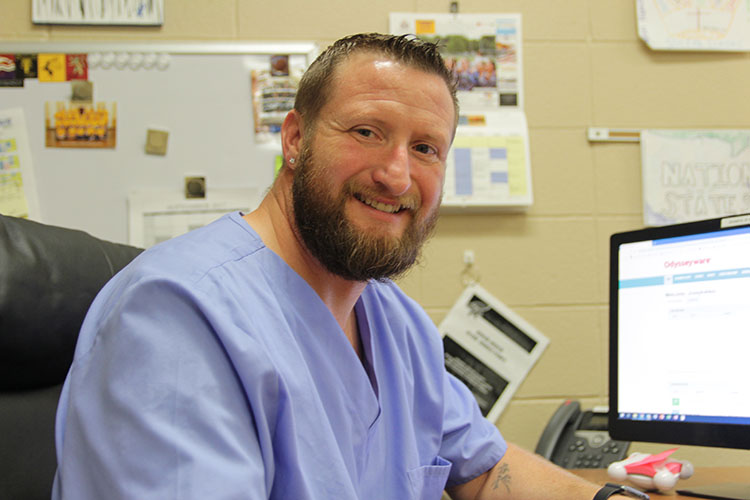 Birds of the Nest: Joseph Rix

“The best and the worst day of my life both happened on the same day, June 1, 2001. There I was, in a suit, my wife was wearing her wedding dress, it was the day of our wedding. My First Sargeant at the time, because I was in Bamberg, Germany, with the 82nd Engineer Battalion, had told all of my friends that they could have off that day to go to my wedding. We were going to get married at the German Justice of the Peace. My wife had a bridesmaid and a maid of honor, I had a best man, it all worked out, we were supposed to have all these people there.

Then we get there, and there’s nobody there. I call some of my friends, and they said First Sargeant had changed his mind, and there was a mandatory formation that everybody had to be at, except my best man. So I call my best man, and he said: “I had to pick up my sister in Frankfurt and there was a bomb threat, they locked down the entire airport.” So he couldn’t come. My wife calls her maid of honor and she said: “We only have one car and my husband took it to work this morning, so I can’t come.”

So, we got married anyway, with nobody that we knew there. The German guy that married us only spoke German, and no English. We had no idea what he was saying, and he just looked at us when we thought it was time to say ‘I do’. The witnesses on my marriage certificate, which is in German and I can’t read by the way, were random strangers in the hallway who the judge brought in to sign the paperwork to make it official. But, thank goodness, I had a video camera there. I videotaped the entire thing so we could watch it later on and show our friends. That night, I put the videotape in, and something happened because all you could hear is me saying “Yeah, I think that’s good,” and then it goes to black, and nothing else records.

So my wedding day was a series of unfortunate events, but it was the best and probably the most stressful worst day of my life. We’ve been married for 17 years now.”